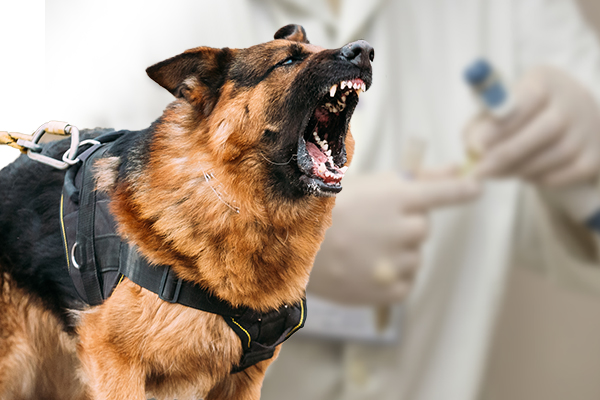 If you’ve been attacked, no doubt dog bite euthanasia laws are among your concerns. Because most people know the animal that attacked them, and thus are likely on friendly terms with the animal’s owners as well, reporting a bite can be a very concerning thing. Whether the animal was a friendly family pet before the attack, or was a dangerous animal that you genuinely believe should be off the streets, it’s helpful to know the dog bite laws and how dog bite euthanasia legislation is written before you take your initial steps.

Pennsylvania is a One-Bite State

To begin, Pennsylvania is considered a one-bite state in terms of liability. The dog bite laws are written such that the owner is held accountable for the animal the very first time it hurts someone, even if he had no reason to believe the animal would behave aggressively or might attack. The animal does not have to have bitten someone in the past. The victim can almost always receive compensation for medical bills, though it’s worth noting that most homeowner’s polices have coverage included for these situations. So, although the owner will be the one legally responsible for paying the costs of the injuries and damages, it’s generally his insurance that issues the funds.

Aggressive Dog Euthanasia: Will the Authorities Put a Dog Down After a Dog Bite?

One of the first steps you should take following an attack is to contact the Philadelphia Police Department. An officer will come out and investigate the incident. What happens next will be largely based on what occurred and the history of the dog.

When it cannot be determined who the animal’s owner is, or the dog is at large, Animal Care and Control may collect it. Depending on the case, euthanasia of the aggressive dog is a possibility, though this is a decision made by the on-call vet. It is generally not their first choice to euthanize a dog after dog attack, though they will if they believe the animal is dangerous and/or cannot be helped. A healthy and otherwise docile animal may be kept in quarantine.

Family Pets with No History of Aggression

Pennsylvania breaks up dog bite cases based on animals with and without a past history of aggression. For those with no past history of aggression, dog bite euthanasia is not generally a concern. The animal will, however, be subject to a 10-day quarantine, and the officer that investigates the attack will determine where the quarantine is to take place. He may permit the animal to stay with its owners or he may require that the dog be taken into custody at the owner’s expense. Following this, the owners will generally get a choice between putting a dog down after a dog bite or registering it as a dangerous dog.

Animals that have a history of aggression are subject to the state’s dangerous dog requirements, which lay out specific guidelines for the care and licensure of the animal. The law states “The owner or keeper of a dangerous dog who commits a subsequent violation under subsection (a) commits a misdemeanor of the second degree and, upon conviction, shall pay a fine not to exceed $5,000, plus the costs of quarantine, kennel charges and destruction of the dangerous dog.” In other words, euthanasia for an aggressive dog is quite likely, and is a certainty if the owner has not been following the dangerous dog laws.

Dog bite euthanasia is generally reserved for animals that are truly dangerous, and the state gives owners the opportunity to keep a family pet, provided they can do so safely. However, regardless of whether the animal is put to sleep, the owner remains liable for any damage it has caused. If you or your child was injured by someone’s pet, you may be entitled to compensation for your medical bills and other expenses. To find out what the courts may award, contact one of the experienced attorneys featured on this site for your free case evaluation today.