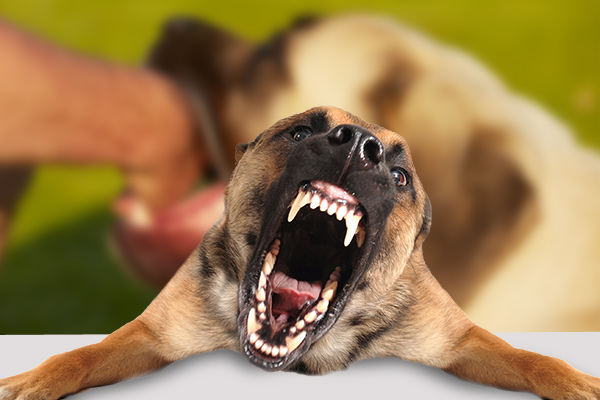 Specific dog bite injuries to body parts are so common that numerous studies have documented their prevalence. There are more than 4.5 million reported attacks every year in the United States, though experts believe the number of actual attacks is much higher when accounting for those who do not seek medical attention or contact the authorities. Children are most likely to be victims, followed by the elderly, and males are far more likely to be hurt than females are.

Dog bite injuries to body parts of the upper extremities, including the shoulder and arm are targeted around 13% of the time, though hands are injured 40% of the time. Victims often have injuries to their upper extremities as a result of fending off an attack. Scratches or abrasions are common, as are puncture wounds from teeth. Dogs can bite down with hundreds of pounds of pressure, which also results in “crushing” injuries that require debridement of the tissues before sutures can be placed. One study found that victims who received treatment right after their attack had about a 50% chance of having bacteria present in their wounds, whereas those who delayed treatment for 48 hours or more had bacteria present 100% of the time. Infection is a huge concern, and prevention requires immediate medical treatment.

Most of the time, head injuries involve the victim’s face. These injuries account for just shy of 10% of all dog bite-related injuries. The upper lip is a common target, though there are no hard statistics that show how many people are bitten in the upper lip each year. Face injuries are particularly problematic, not just because of the high potential for infection, but for the scarring that occurs. Sutures are common with facial injuries and people often need to undergo repeated surgeries to repair the damage and restore aesthetics.

The bills associated with doctor visits and hospital stays can climb very quickly, leaving victims weighed down with massive debts following dog bite injuries to body parts of any sort. Regardless of the cost, it’s imperative to seek medical attention right away, because it can reduce the chance of infection and lessen the amount of time in the hospital if a stay is necessary. Pennsylvania courts often award victims compensation to cover these bills, as well as reparations for damages, pain and suffering, and time away from work. If you or your child was attacked by someone’s pet, it’s important to retain an experienced Philadelphia dog bite attorney who will fight to ensure your family is not burdened with these costs. To find out what you may be entitled to, contact any of the professionals featured on Philadelphia Dog Bite Lawyer and request your free consultation now.