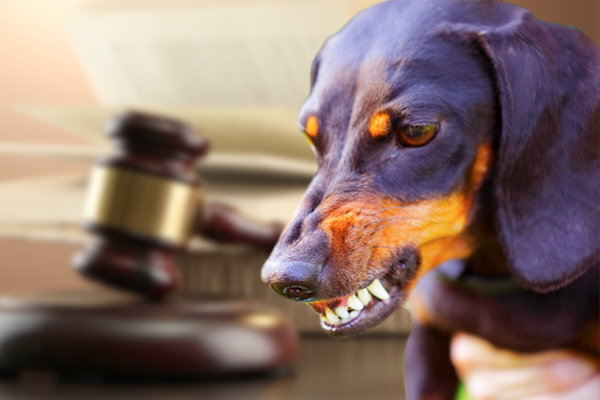 Here at Philadelphia Dog Bite Lawyer, we specialize in helping local residents get the information they need and in connecting people with the right attorney for their case. However, if your injury occurred in another region, you may need to know the dog bite laws by state, so that you can determine how to best move forward after an animal attack. There are no federally-established guidelines that cover all the issues, so each state has enacted its own legislation to manage cases, liability, and compensation.

Below, you will find a listing of dog bite laws by state, but it’s always a good idea to speak with a local attorney to get the most up-to-date and relevant information for your case. For those in Pennsylvania, you will find highly-qualified and knowledgeable attorneys listed right here on this site.

As you review the dog bite laws by state, you will note that some are referred to as “strict liability” states and others have “one bite” rules.

Strict Liability: In a strict liability state, the victim does not need to prove that the animal’s owner was at fault or was negligent. The owner is responsible for damages regardless.

One Bite Rule: Some states will not offer reparations beyond medical bills if the animal has not given the owner a reason to prove that it is dangerous or aggressive.

There are no official dog bite statutes in Alaska, though an animal’s owner may be held liable for negligent behavior if he or she knew that the dog posed a risk.

There are no dog bite statutes in Arkansas, though negligence and/or knowledge of a dog’s aggression may be used in court to prove the owner is liable.

California is considered a strict liability state if the animal was on public property or was at large, but the victim must also prove he had the legal right to be on the premises.

When “serious bodily injury” occurs, Colorado is a strict liability state and economic damages are offered. Proof of dangerous propensity is necessary for further awards. If minor injuries occur, the one bite rule applies.

If the victim was on the property lawfully, the owner or keeper of the animal is liable for damages.

The animal’s owner is held responsible for all injuries to a person or property.

The victim cannot receive any compensation if he or she contributed to the attack in any way.

Dog owners in Florida have a few venues for defense. If they post a “Bad Dog” sign that can easily be read, they will not be held liable. Otherwise, the amount a victim can recover is reduced based on their contribution to the incident.

Georgia is a strict liability state, but there are a number of requirements that must be met in order for a victim to collect reparations.

Generally, Hawaii is a strict liability state, as the laws are written. However, the courts have previously issued decisions that are in opposition with legislation, requiring victims to prove negligence.

Owners in Idaho are liable if they were negligent or if they knew the animal was dangerous.

When a victim had the lawful right to be on the property where the attack occurred, the animal’s owner is responsible for all injuries, whether or not they were caused by bites.

Strict liability is imposed in Indiana if the victim was carrying out a legally-imposed duty, if the owner was negligent, or if the owner knew the animal was dangerous.

Strict liability is upheld in Iowa, provided the animal bit or attempted to bite a victim.

Negligence on the part of the animal’s owner, or knowledge that his dog was dangerous, is necessary in Kansas for a victim to receive reparations.

The laws in Kentucky actually allow a person to kill a dog if they see it attacking someone. The owner is responsible for any damage caused, whether it involves injury of a person, damages to property, or injury of livestock.

If the animal’s owner could have prevented the attack, but failed to do so, he is responsible for damages in Louisiana.

If the animal was not on the owner’s premises, the owner is liable for damages in Maine.

In Maryland, if the victim is found to be even partially at-fault for the incident, he may not recover anything. The victim must also prove that the owner should have known or did know that the dog was dangerous.

Owners are held liable in Massachusetts, provided the victim had the lawful right to be on the property and that the animal was not provoked.

Animal owners are held liable in Michigan, provided the incident happened on public property or the victim had the lawful right to be on the property.

Owners are almost always held liable for damages in Minnesota, even if the victim contributed to the attack.

The one bite rule applies in Mississippi.

Legislation in Missouri offers victims reparations if they were injured, the property was damaged, or if their livestock was injured, though the victim must prove the attack occurred on public property or that he had the lawful right to be on private property at the time injury occurred. If the victim contributed to the incident, the reparations will be decreased according to the percentage he was responsible for.

The one bite rule applies in Nebraska if the injuries were sustained while the dog was playing. The rest of the time, strict liability is imposed.

There are no official statutes for general bites in Nevada, though negligence laws apply. The owner may, however, be found guilty of a felony if he is found to have violated the state’s dangerous dog laws.

Strict liability applies in New Hampshire, even if the animal was being mischievous or playing during the incident.

Strict liability laws apply if the incident occurred on public property or if the victim had the lawful right to be on the property, according to New Jersey legislation.

Strict liability laws apply in New Mexico if the animal’s owner was negligent or if he knew his pet was dangerous.

Strict liability for medical damages is imposed in New York, though a victim must prove the owner knew the animal was dangerous in order to receive any other kind of compensation.

An animal’s owner must have knowingly, intentionally, and willfully let his dog run at large in order for a victim to receive a court-awarded settlement in North Carolina.

The victim must prove that the animal’s owner was negligent, and that the owner’s negligence was responsible for the injury, in order to file a claim in North Dakota.

An animal’s owner is held liable in Ohio, provided the victim was not trespassing at the time of the incident.

Provided the victim did not trespass and did not provoke the animal, an Oklahoma pet owner is responsible for all damages that occur during a dog attack.

Owners are responsible if they knew their dog was dangerous in Oregon.

If the dog was not confined, Rhode Island pet owners are held liable for all damages. The law further stipulates that the damages will be doubled if the animal has already bitten once.

If the victim was on public property or had the lawful right to be on private property at the time of the attack, a South Carolina dog owner is responsible for all damages.

In order for an owner to be held liable in South Dakota, he must have acted negligently or have known that the animal was dangerous.

As long as the victim was not trespassing at the time of the attack, Tennessee can be considered a strict liability state.

There are any caveats of liability in Texas. The owner must have violated a leash law, caused the injury on purpose, acted negligently, or have known the animal was dangerous. The victim must prove that once or more of these infractions occurred in order to receive compensation.

In Utah, the government accepts no responsibility for its police dogs. However, owners are held responsible, even if they did not know the dog was dangerous.

Laws in Vermont hold the animal’s owner liable if the owner knew, or should have known, that the dog was dangerous prior to the attack.

There are many laws in Virginia that pet owners must adhere to. If the courts find that the dog’s owner was not following these laws, he is subject to liability laws. If the owner was not violating one of these laws, the victim cannot receive reparations unless the animal’s owner had knowledge that it was dangerous.

Provided the animal was not provoked, Washington can be considered a strict liability state.

In West Virginia, an owner must have permitted his pet to run at large in order for a dog bite victim to receive compensation.

The state of Wisconsin has very precise laws, and cases are treated differently if the dog has never bitten someone before. The minimum settlement is $50, while the maximum penalty is $500, and it applies to almost any kind of injury or property damage. The settlement is not subject to these limitations if the dog has bitten before, and the damages are doubled.

In Wyoming, a victim must prove that the animal’s owner was negligent or that he knew his dog was dangerous in order for him to be held responsible for damages.

If you or your child was bitten by a dog, it’s important to know the dog bite laws by state and to reach out to a local attorney if you have questions. If you are in the state of Pennsylvania, the laws are incredibly intricate and you will likely need assistance from a professional if you want to file a claim to receive fair compensation for your case. You may be entitled to payments for your medical bills, losses, damages, time away from work, future medical needs, pain and suffering, and more. Please review the content of this site. The various pages are a wealth of information that may help you with your case and assist you as you decide what course of action to take. There are also profiles of skilled Philadelphia attorneys who handle dog bite cases. If you have questions, you are urged to reach out to one or more of them for a free consultation and case review.