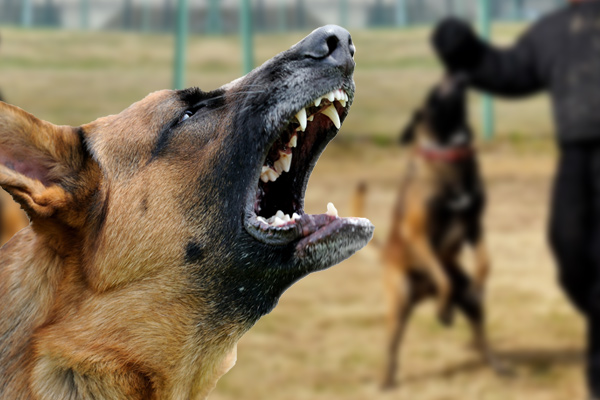 Knowing how to prevent dog attacks is a primary factor in keeping you and your children safe. It’s estimated that there are somewhere between 70-80 million dogs owned across the United States, so even if you don’t own one, you are almost certain to come across one in your everyday life. It’s also worth noting that any dog may bite under the right circumstances, and at least 4.5 million of them do each year. From the smallest (and seemingly sweetest) Pomeranian to the biggest pit bull, every dog can attack, and any dog may kill.

How to Prevent Dog Attacks: The Owner’s Responsibility

Training is imperative in preventing dog bites. Dogs of all ages can be trained not to attack, simply by teaching them not to respond in an aggressive manner to stimulus. For instance, many pets have the ingrained instinct to chase and hunt, and it’s common for an animal to treat a human jogger exactly the same as it would a wild animal in the woods. It’s the owner’s responsibility to pick up on cues that the animal may respond aggressively and to train it not to react in this way.

Spending more time with humans can also reduce dog aggression. It’s widely known that unsocialized pets are far more likely to attack, especially those that are chained outdoors for long periods of time.

Confinement and leashes play a role as well. Ultimately, the pet owner has a responsibility to keep the animal on his property and to have his dog on a leash any time it is off his property. The city ordinances mandate this too, and pet owners who violate the laws may be fined.

How to Prevent Dog Attacks: What You Can Do

Teach your children how to prevent dog bites. The majority of victims are children, especially small ones. They are also the most vulnerable when it comes to injuries.

Stay away from animals that are acting aggressively, territorially, or are actively fighting.

Watch for signs of aggression or nervousness. Some signs, such as growling, a stiff body, or a pulled-back head, are obvious, but others may require a keen eye.

Knowing how to prevent dog attacks is important, but the techniques mentioned here may not always be effective. They also cannot help you if someone’s vicious or untrained pet is not restrained. Animals can and will attack in public places, and may even come into your yard or home if the owner is not behaving responsibly. If you or your child was attacked by a dog, you may be entitled to compensation for your medical bills, lost wages, pain and suffering, and more. To find out what reparations a court may award you, get in touch with one of the experienced attorneys featured on this site and request your free case evaluation today.