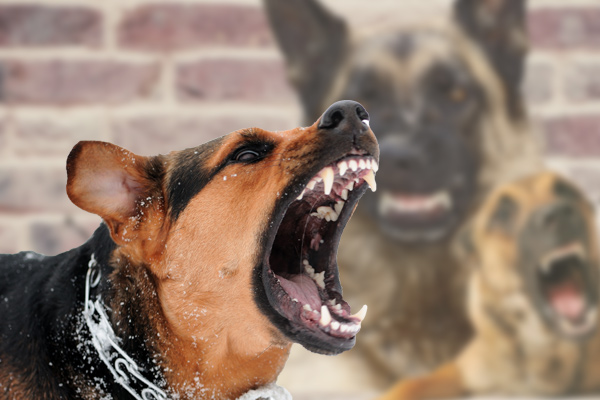 Many will argue that there are no true “dangerous dog breeds.” Those that are known to cause serious injuries and have the highest reportings of dog attacks genuinely can be every bit as loving and sweet as animals that are considered to be gentle or docile. However, we also know that specific breeds do account for a disproportionate number of dog bites and attack-related deaths. These are the ones that are routinely referred to as “dangerous dog breeds,” even though the problem may well be related to humans and their lack of training/ care towards their pets, and not the breed itself. These are the top five which fit into that category.

On average, there are about 30 fatal attacks each year in the United States. Huskies have accounted for slightly less than one per year, or just under 3% of deaths, but the number does not correlate with the amount of Huskies owned in the US. Although the breed is typically loyal and gentle, they have been conditioned as working dogs, which makes them fierce and formidable opponents when they’re cornered, antagonized, or anxious.

Historically, Dobermans have been raised and bred for protection. They have thick, muscular bodies and are believed to have the strongest biting force out of all the breeds. Unfortunately, this also means that many people have chosen to raise them for fighting, and owners do not take enough care to train them. They, too, can cause serious damage during dog attacks.

Often utilized by the military and law enforcement, German Shepheards are among the most brilliant and highly trainable animals out there. However, they can also behave anxiously and are dangerous when untrained, plus they have a stronger bite than a pit bull. Although they won’t generally attack, dog bites from German Shepheards can be devastating.

Like Dobermans, Rottweilers are generally used for protection, though they have repeatedly been used in fighting because of their stature and strong jaws. They account for a whopping 12% of fatalities, which makes them the second-most lethal out of all the dangerous dog breeds.

Hands down, pit bulls are today’s most lethal breed, accounting for 64% of fatal dog attacks, despite the fact that pit bull terriers only make up about 5% of America’s dog population. This could be because the pit bull tends to shake its jaws as it clamps down deep. The damage they can do has been likened to shark attacks.

Regardless of which pets fit into one of the categories for dangerous dog breeds, any dog can attack and kill- even a tiny Pomeranian. These dog bites lead to billions of dollars in expenses, which should not fall upon the shoulders of the victims to pay. In fact, Philadelphia has specific legislation that protects victims and holds pet owners liable for the damage that their dogs cause. If you or your child is a dog bite victim, you may be entitled to compensation for your medical bills, lost wages, pain and suffering, and more. To find out what reparations a court may award you, contact one of the experienced attorneys listed on this site and request your free case evaluation today.